2008 profit before taxes of € 117 million (based on preliminary, unaudited figures) – positive result also in the fourth quarter

Wiesbaden, 15 February 2009 – Aareal Bank Group posted a solid result for the 2008 financial year, in spite of the severe turmoil on financial markets and the palpable economic slowdown. Even amid the pressures from the crisis, profit before taxes according to preliminary, unaudited figures amounted to € 117 million; the previous year's figure of € 380 million was heavily affected by one-off effects of € 221 million. In the fourth quarter of 2008 Aareal Bank Group posted a pre-tax profit of € 11 million. For the full year, Group net income after minority interest stood at € 60 million (€ 290 million), and € 4 million for the fourth quarter. This means that Aareal Bank Group has remained profitable in every quarter since the onset of the financial market crisis, on a Group level as well as in each of its two business segments, Structured Property Financing and Consulting/Services.

To ensure the long-term future of its sustainably profitable business and to help get through the very difficult market environment, Aareal Bank Group has entered into an agreement with the German Financial Markets Stabilisation Fund ("SoFFin") on a comprehensive set of measures. In accordance with this agreement, SoFFin will make € 525 million in capital available to Aareal Bank by way of a perpetual silent participation. In addition, SoFFin will grant Aareal Bank a guarantee facility for new, unsecured issues with a maximum maturity of 36 months for a total volume of up to € 4 billion.

Taking into account the silent participation by SoFFin which is fully recognised as Tier 1 capital, Aareal Bank's Tier 1 ratio increased significantly. Excluding the silent participation, the ratio stood at 8.0% at the end of 2008. After strengthening its capital base, Aareal Bank now matches the level of many international competitors (who have already recapitalised), and meets the market requirements which have increased over the course of the financial markets crisis.

The terms of the silent participation are economically viable for the company and reflect the fact that Aareal Bank is a fundamentally sound bank. The silent participation will bear interest of 9% p.a., which is equivalent to approx. € 47 million before taxes in annual interest payable. The financial burden (taking into account the reinvestment) will be approx. € 16 million. The bank is committed to repay the silent participation as soon as possible. To that end, the Management Board will decide on feasible scenarios based on the prevailing general market situation. The bank has a variety of repayment options at the discretion of the Management Board, subject to regulatory approval.

The guarantee facility agreed upon with SoFFin provides the bank with a solid base for its refinancing, broadening its funding flexibility in the years to come. Aareal Bank will pay SoFFin a commitment fee of 0.1% p.a. of the undrawn amount of the guarantee facility. The drawdown fee for guarantees used will be 0.5% p.a. for terms up to one year and 0.948% p.a. for terms beyond one year. The timing and volume of potential guaranteed debt securities issues will depend on the prevailing market situation and the general environment.

The Management Board anticipates that these measures will allow Aareal Bank Group to emerge strengthened from the financial and economic crisis.

The company enjoyed a satisfactory start to the current year, with operating business at normal levels in January. Aareal Bank Group anticipates the decline in new business volume in the Structured Property Financing segment to have a negative impact on net interest income for the current year. From today's perspective, new business will range between € 2 billion and € 3 billion, with a predominant focus on business with the existing client base.

The Management Board expects loan loss provisions to remain at a manageable level, and expects administrative expenses (after consolidation effects) to remain roughly unchanged year-on-year.

Aareal Bank Group expects the positive performance in the Consulting/Services segment to continue this year, with a further rise in profit.

It is not possible to give a reliable, comprehensive forecast for Group results at this time in light of the ongoing crisis affecting financial markets and the global economy. 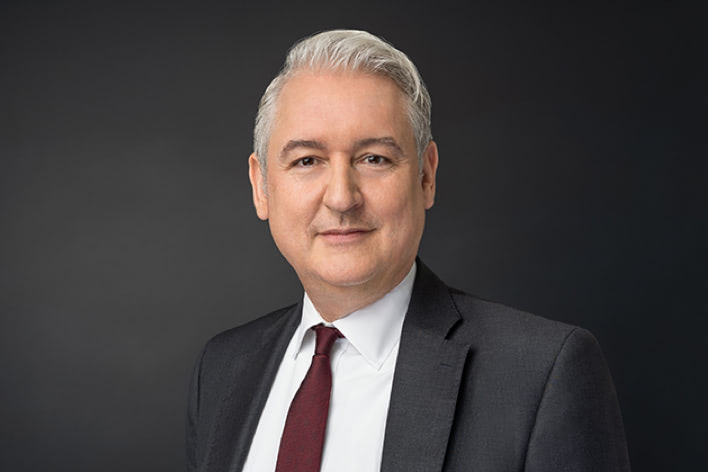